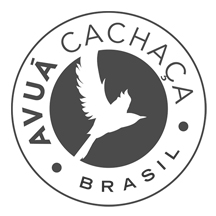 Avuá was born out of a melding of minds in New York City, when American Nate Whitehouse was introduced to the vibrant music, culture and cocktails of Brazil. In 2012, Nate and co-founders of Avua, Peter Nevenglosky and Mark Christou, made it their mission to find the best cachaça in the world and introduce it to the cocktail community.

After meeting dozens of producers and tasting hundreds of samples they
discovered Katia Espírito Santo, third generation distiller, and her cachaça estate in Carmo, Brazil. Crafting cachaça on her family’s farm, Katia is one of Brazil’s only female distillers. Her family has been producing the spirit since 1923. Avuá cachaça is a single sourced and pot distilled spirit, made in a family distillery four hours north of Rio de Janeiro.

Perfected over 100 years by the distiller’s family, great care is taken in the production process. Estate grown cane is hand cut and, within four hours, pressed by a water-wheel powered mill, followed by wild yeast fermentation for twenty-four hours. This culminates with a single distillation in an alembic pot still. The final products are then
rested or aged on site and bottled at their peak.

Their mission is to challenge the perception that cachaca can solely be used in a caipirinha, expressing the tradition of cachaça in Brazil that extends back over five hundred years.