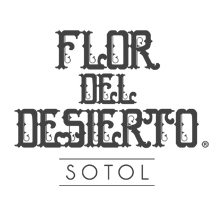 When 3 friends from Chihuahua, Mexico, won a baking competition with sotol as their secret ingredient, they began a quest to find the best sotol in Mexico. Their journey led them through the Coyame Desert and the Mountains of Madera. Today, Flor Del Desierto Sotol embraces 3 artisanal sotols from Maestros Gerardo Ruelas (Desierto & Cascabel) and Jose “Chito” Fernandez (Sierra). Each bottle of Flor Del Desierto Sotol brings with it parts of Northern Mexico that are uniquely Chihuahua.
Each one of Flor del Desierto’s Sotols are distinguished by the region they’re produced in, the stills where they are distilled and the hands of each sotol maker, whose own techniques and years of experience give their spirits a unique character.