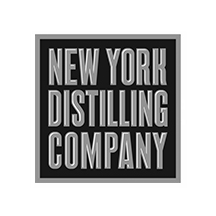 In the heart of Brooklyn, the New York Distilling Company is the collaborative effort of some of the industry’s top minds. Tom Potter, one of the original founders of Brooklyn Brewing company, took to distilling as an outlet to continue being in the booze business with his son and master distiller, Bill Potter. We can tell you confidently, the apple doesn’t fall far from the tree. Yet the two were not done there. They brought in Allen Katz, one of the nation’s leading experts on distilled spirits and the director of spirited education and mixology for Southern Wine and Spirits. Allen is also the host of Cocktail Hour on SiriusXM Satellite Radio. And if that wasn’t enough, they brought on board David Wondrich in a consultancy role, to help preserve the historical accuracy and quality of their distillates. This is just to name a few – the rest of the staff rounds out much like one of the US basketball Olympic “dream teams.”

As one could suspect, the resulting spirits are nothing short of spectacular. Aside from preserving the Americana quotient engrained deep in the roots of the country’s distilling history, New York Distilling crafts some of the most meticulously balanced, clean, categorically correct spirits out there. Period. Any discussion about the craft spirit movement isn’t complete without having New York Distilling involved. And there is more to come, as they state their aim is to “create products and brands of exceeding quality and originality, building on an American cocktail heritage firmly in its second Golden Age.”