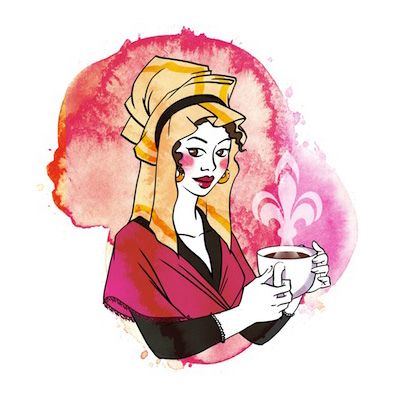 ABV: 24%
Appearance: Dark, opaque brown.
Aroma: Rich coffee with a hint of chocolate and vanilla
Palate: Coffee and chocolate with a bit of roasted bitterness
Finish: Long semi-sweet coffee
Tasting notes: A dark, soy colored liqueur with a nose of roasted coffee beans and raw cocoa nibs. Has a medium bodied, powdered texture and is much drier on the palate than expected.

Other important technical and production information:
In early 2012, Bittermens started working with chicory and coffee – two classic bitter flavors that have been part of New Orleans’ iconic coffee blends for over a hundred years. In the late spring, they came up with a cocktail bitter recipe based on these flavors and brought a sample of them down to New Orleans to see if local bartenders thought we were doing their city proud. While they were tasting folks on the bitters, fate intervened. On the first day of a multi-day tour through the bars of the city, they ended up at Mid-City’s Twelve Mile Limit where they started talking to the bartender about local roasters making great coffee in New Orleans. It ends up that the bartender, Anderson Stockdale, an award-winning barista, was just about to launch a coffes company. She put the idea into their head that they should consider making a New Orleans-style coffee liqueur. As they were prototyping the liqueur, they were introduced to Marc de Kuyper, owner of Mandarine Napoleon. As they were talking, he mentioned that his distillery was in Belgium, which reminded them that they had some Belgian candi syrup on hand back in their kitchens. They added some to the liqueur and realized that they had the start of something special. Bittermens New Orleans Coffee Liqueur blends New Orleans-sourced coffee beans from Brazil with organic roasted French chicory root. They then added a touch of vanilla and a handful of cacao nibs from Taza Chocolate, sweetening the final liqueur with a domestic Belgian-style candi syrup. They thought that if they’re going to use New Orleans in the name, then they would want to give something back to the city. So, for every bottle sold worldwide, they’re donating fifty cents to a New Orleans charity.