The Barkeep’s Whimsy comes to its audience as an entirely original Pisco blend created by some of the world’s top bartenders. Distilled with a blend of the very same five grapes used in the brand’s most notable, award-winning Grand & Noble (Torontel, Quebranta, Moscatel, Mollar and Italia), Barkeep’s Whimsy impresses by letting the Torontel grape be the star. The Torontel, or Torontés as its known in Argentina is a beautifully fragrant varietal which shines in this offering from Campo de Encanto.
Since 2011, Encanto has continued its Distiller’s Apprentice competition, which seeks to hand select a small portion of bartenders with vast creativity and also, an experienced palate to boot. Participants travelled with the Encanto team to Ica, Peru to experience the art of crafting a Pisco from grape to bottle. During the program, these fantastic bartenders were challenged to create their own signature blend of Piscos. The Barkeep’s Whimsy is the finalized combination from the minds and palates of these individuals- to be known as a blend both inspired by and for bartenders around the world: “a Bartender’s choice.” 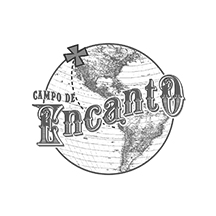