Chairman’s Spiced Rum begins with the original Chairman’s Reserve steeped with “Bois Bandé,” a local Caribbean bark culturally known for its aphrodisiac qualities. Added to the rum are local spices and fruits such as cinnamon, clove, nutmeg, vanilla, allspice, lemon and orange peels. A blend of Coffey and pot still rums aged and finished with local fruits and spices. Aged separately by batch and by type of still in ex-Bourbon barrels, then blended and rested in oak vats for an additional six months. Local fruits and spices are added over the final six months of finishing. 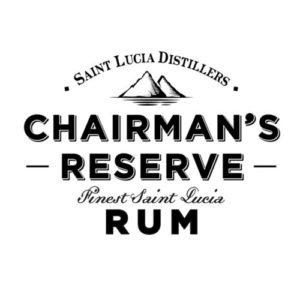